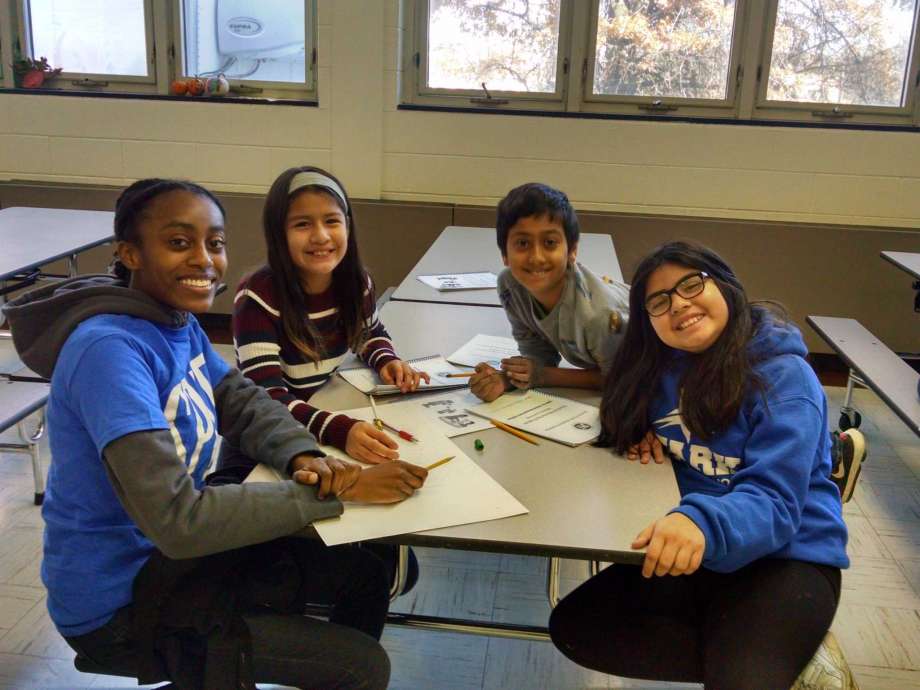 STAMFORD, CT – December 11, 2017 – The Stamford Public Education Foundation (SPEF), a local non-profit organization that has served thousands of students and their families since 1996, today announced that Wells Fargo awarded SPEF a $5,000 grant to support SPEF’s nationally-recognized Stamford Mentoring Program during the 2017-2018 school year. Wells Fargo’s $5,000 grant will help extend SPEF’s flagship program at the elementary, middle, and high school levels. At the elementary school level, the program integrates meaningful community service, such as stocking shelves at the Food Bank or cleaning up playgrounds and parks, with instruction and thoughtful reflection. At the middle and high school level, SPEF partners students with college and corporate volunteers to help the students set goals, improve their academic standing, become engage in after-school activities, and prepare for college, career training, or full-time employment. In the 2016-2017 academic year, SPEF provided mentoring to 16 Stamford Public Schools and supported 884 students in grades 3 through 12. With continued support from community-minded corporations, such as Wells Fargo, SPEF hopes to be able to engage approximately 900 students in the 2017-2018 school year. “SPEF is so appreciative of Wells Fargo’s continued support of our Stamford Mentoring Program and for their recognition of the impact that this mentoring has on the students of the Stamford Public Schools,” said Matthew Quinones, SPEF’s Chief Executive Officer. The National Mentoring Partnership cites “The Mentoring Effect,” which states that young adults who were at risk of falling off track but had a mentor are 55% more likely to enroll in college; 78% more likely to volunteer regularly; 90% are interested in becoming a mentor; and 130% are more likely to hold leadership positions.
December 11, 2017