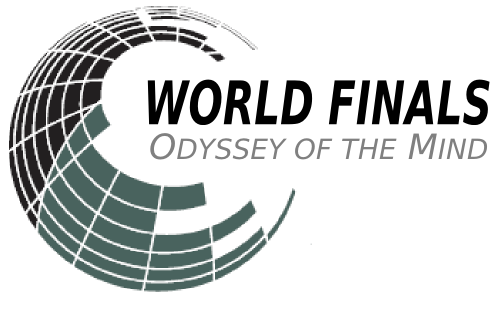 STAMFORD,  CT – April 10, 2017 – Imagine being challenged to use nothing but recycled materials to build a self-propelled vehicle that can take an evasive action to avoid being followed, or a robot that can mimic human actions. Or, imagine using nothing but balsa wood and glue to design a structure that must be more than eight inches tall, weigh less than 15 grams, but support over 250 pounds. These are the complex problems that a group of Stamford students overcame as part of the 2017 Connecticut State Odyssey of the Mind Tournament. CT Tournament: At the Connecticut State Odyssey of the Mind Tournament at Southern Connecticut State University on March 18th, 17 Stamford teams comprised of 113 students and 27 volunteer coaches competed. These Stamford teams competed against 160 teams from across the state. Students from Newfield Elementary School, Westover Elementary School, Saint Aloysius School, Rippowam Middle School, Turn of River Middle School, Scofield Magnet Middle school and The Academy of Information, Technology and Engineering earned 1st or 2nd place finishes, in their respective problems and divisions, thus earning each a spot to compete at the World Finals in May. World Finals: Over 825 teams from around the world will compete in the 38th Odyssey of the Mind World Finals, which will be held at Michigan State University from May 24 – 27. The competition emphasizes creativity, Science Technology Engineering Arts and Mathematics (STEAM) and teamwork. It has grown into the largest international creative problem-solving competition worldwide. Strong Showing by Stamford Teams 2017 Connecticut State Odyssey of the Mind Tournament: Other Stamford teams to receive recognition during last Saturday’s competition included Stillmeadow Elementary school’s team, who earned a 3rd place finish in their problem and division and is an alternate for the World Competition. The team from Northeast Elementary School was awarded special recognition for “displaying perseverance when faced with…very difficult “spontaneous” problems right before competing.” The Problem 1, Division 1 judging team recognized the team, and their coach, Stamford Public School teacher, Amy Manning for their astounding teamwork. Former Stamford program director, Leslie Illaw, who retired this past Fall, was also recognized for her 10+ years of dedication to the Odyssey program at both the city and state level. Moving Ahead: Each of the winning teams will now embark on major a fundraising effort to offset the high cost of travel and expenses to the World Finals in Michigan. Community members can support Stamford students in their fundraising efforts or learn more by visiting the program website, www.spefct.org/odyssey-of-the-mind or by contacting Stamford Odyssey of the Mind Program Director Kim Kempton at kkempton@spefct.org . The Stamford teams who are eligible to compete at the World Finals are: • Newfield Elementary School, Silver Medal, World Finalist The team was challenged to create a humorous performance about an unexpected superhero that encounters three different situations where it must save creativity. 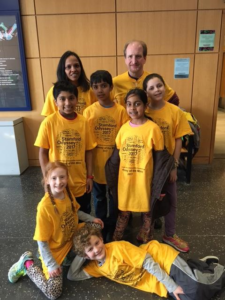 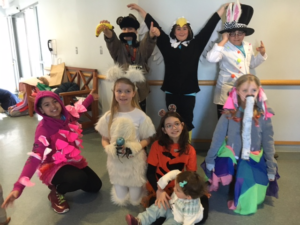 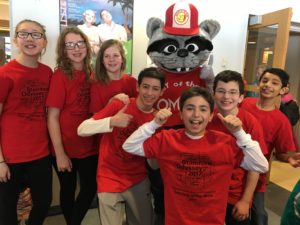 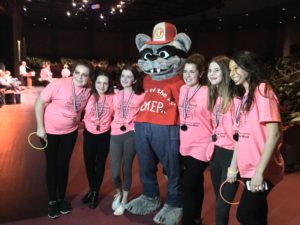 Students (L to R): Meredith Ford, Leah Jacobson, Alyssa Craner, Emily Sasser, Julia Kempton, Annalise Fabricatore (with Omer, OoTM Mascot). Coach: Kim Kempton Stillmeadow Elementary school’s team earned a 3rd place finish in their problem and division. The team is comprised of Jasmine Stops, Kate Cognetti, Angad Manaise, Hayden Miranda, Liam Monahan, Lily Shafir, and Katie Sanofsky. The team is coached by Kristin Stops. Northeast Elementary School Team B received an OMer Award for their astonishing teamwork. Team members include: Nicholas Bilotti, Charles Bordon, Giovanni Conte, Antonela Curri, Matthew Quaglino, Sebastian Williams, and Sam Devin. The team was coached by Stamford Public School teacher, Amy Manning. Millions of students from kindergarten through college have participated in the Odyssey of the Mind since its inception in 1979. Each team is faced with a long-term problem and a spontaneous challenge using concepts from science, technology, engineering, and mathematics, while also incorporating the use of critical thinking skills, creativity and teamwork. Earning a spot at the World Finals is an outstanding academic achievement! About Odyssey of the Mind: Odyssey of the Mind is the largest international creative problem-solving competition worldwide. Teams of five to seven students meet weekly for more than six months to develop solutions to one of five long-term problems in categories such as constructing a vehicle, creating a new take on a classic, building a balsa wood structure, and solving a mechanical dilemma. The solution is presented in the form of an eight-minute performance at the state tournament. Odyssey of the Mind is a unique program because it allows all kids to succeed. The program provides an extra-curricular activity for students, driven by discovery and exploratory learning. The program teaches 21st Century Skills, is STEAM focused and supports current curriculum standards. There is a strict rule that the team accepts no outside assistance, which means that they cannot ask for or receive help, even from their coaches, teachers, or parents. Their solution is 100% created by the students on the team.
April 21, 2017