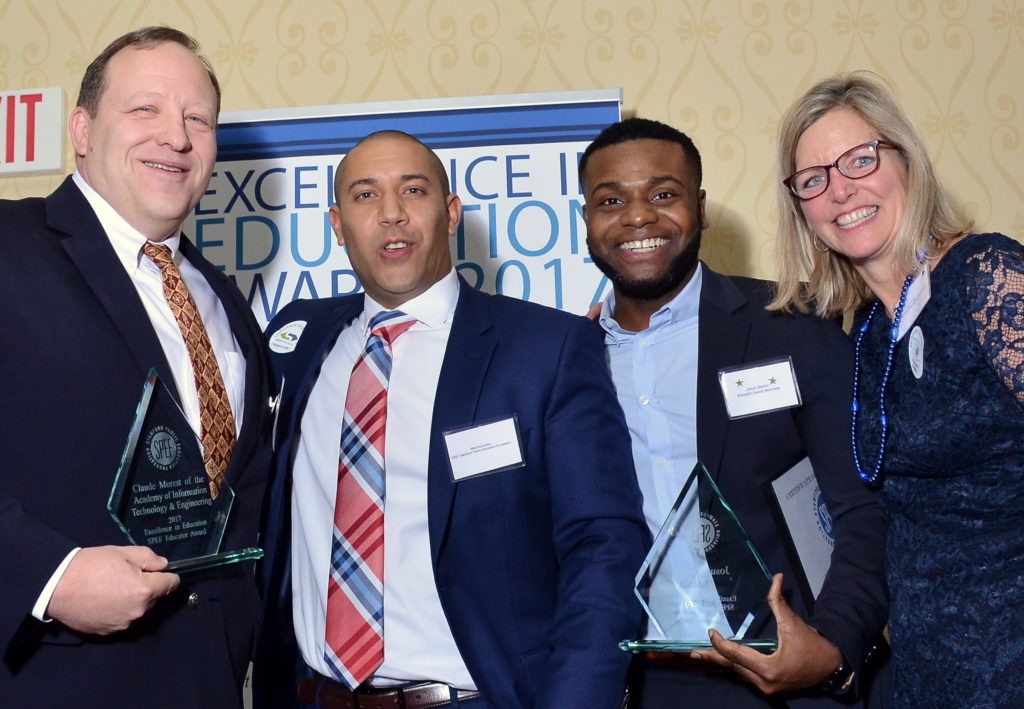 STAMFORD, CT – March 29, 2017 – More than 250 community members joined the Stamford Public Education Foundation (SPEF) in honoring businesses and community leaders for their commitment to education in Stamford on March 23, 2017. SPEF CEO Matthew Quinones, Mayor David Martin, Senator Carlo Leone, and Superintendent Earl Kim presented the awards to the honorees of the 2017 Excellence in Education Awards:  SPEF Leadership Award: Polly O’Brien Morrow, for her commitment to enriching the Stamford community particularly in the area of public education.  SPEF Philanthropy Award: First County Bank/First County Bank Foundation, for its thought leadership and innovation in the area of education and its generosity in helping SPEF pursue its mission.  SPEF Community Service Award: Junior League of Stamford-Norwalk, for its impact on youth development particularly focusing on literacy.  SPEF Educator Awards: Claude Morest, of AITE, and Josue Jasmin, of Rogers International School, for their dedication to creating an exceptional learning environment for their students. Thirteen educators were nominated for the SPEF Educator Award by the Parent-Teacher Organizations of their respective schools and the recipients of the award were announced on the night of the event. All of the nominees were recognized during the ceremony, and both Morest and Jasmin received a $1,000 donation for their classrooms. The evening began with a networking and cocktail reception featuring a silent auction and beer and wine tastings courtesy of Two Roads Brewing Company and Domaine Bousquet Winery. The reception was followed by the awards ceremony, which was led by the Master of 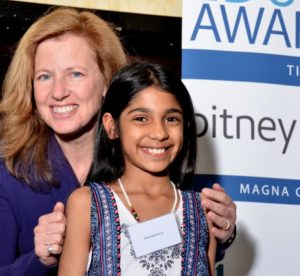