Over 1,000 Event Participants Attended US Day 2017 Celebration in Stamford 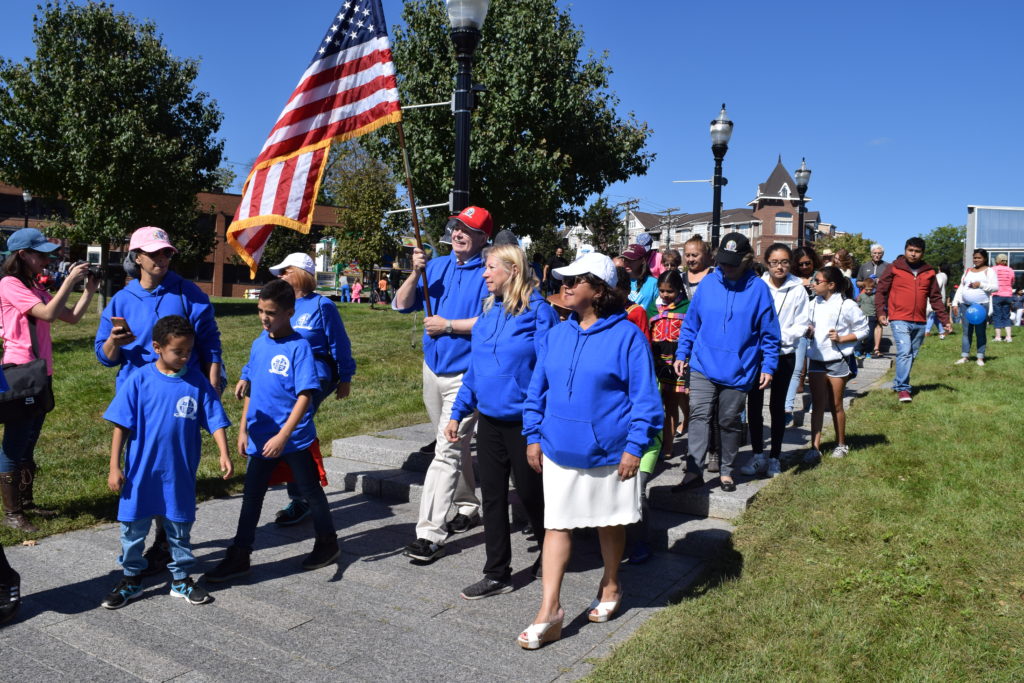 STAMFORD, CT – October 5, 2017 – The 5th Annual MarcUS for Change 5K Walk & Run kicked off US Day 2017 on Sunday, October 1, 2017, in Stamford’s downtown Mill River Park. The community event, which was a collaboration of two 501(c)3 foundations, the Stamford Public Education Foundation (SPEF) and MarcUS for Change, attracted more than 600 runners and walkers, who were celebrated by cheerleaders from various schools as they crossed the finish line. More than 50 volunteers, including 27 members of the Stamford High Football team, helped make the day special for more than 1,000 event attendees.

Stillmeadow Elementary School won the MarcUS for Change Spirit Award along with a check for $500 for their school’s PTO for having the most affiliated 5K participants.

“Hundreds of children were exposed to fun at US Day 2017. While the word “fun” gets thrown around, it’s easy to forget that many children are often not exposed to as much stimulation and entertainment as was present today. The smiles on the faces of the Stamford youth that participated in US Day’s activities are motivation to keep SPEF moving forward to enrich the lives of Stamford’s students and their families,” said Matthew Quinones, SPEF’s Chief Executive Officer.

Special appearances included US Day 2017’s Master of Ceremonies Jenna Hanchard, an Emmy-nominated reporter from KING 5 Seattle, and a heart-felt performance of the National Anthem by Angelica Salem, a Stamford native. After participating in the 5K (and finishing in 12th place) Superintendent Earl Kim joined SPEF CEO Matthew Quinones in presenting the 5K Awards, including the first place male and female awards to Billy Bennett (18:28) and Lawrence Fox (20:04), respectively.