Mayor Martin and U.S. Senator Blumenthal Join the Stamford Public Education Foundation as it Celebrates its 20th Anniversary at the Excellence in Education Awards 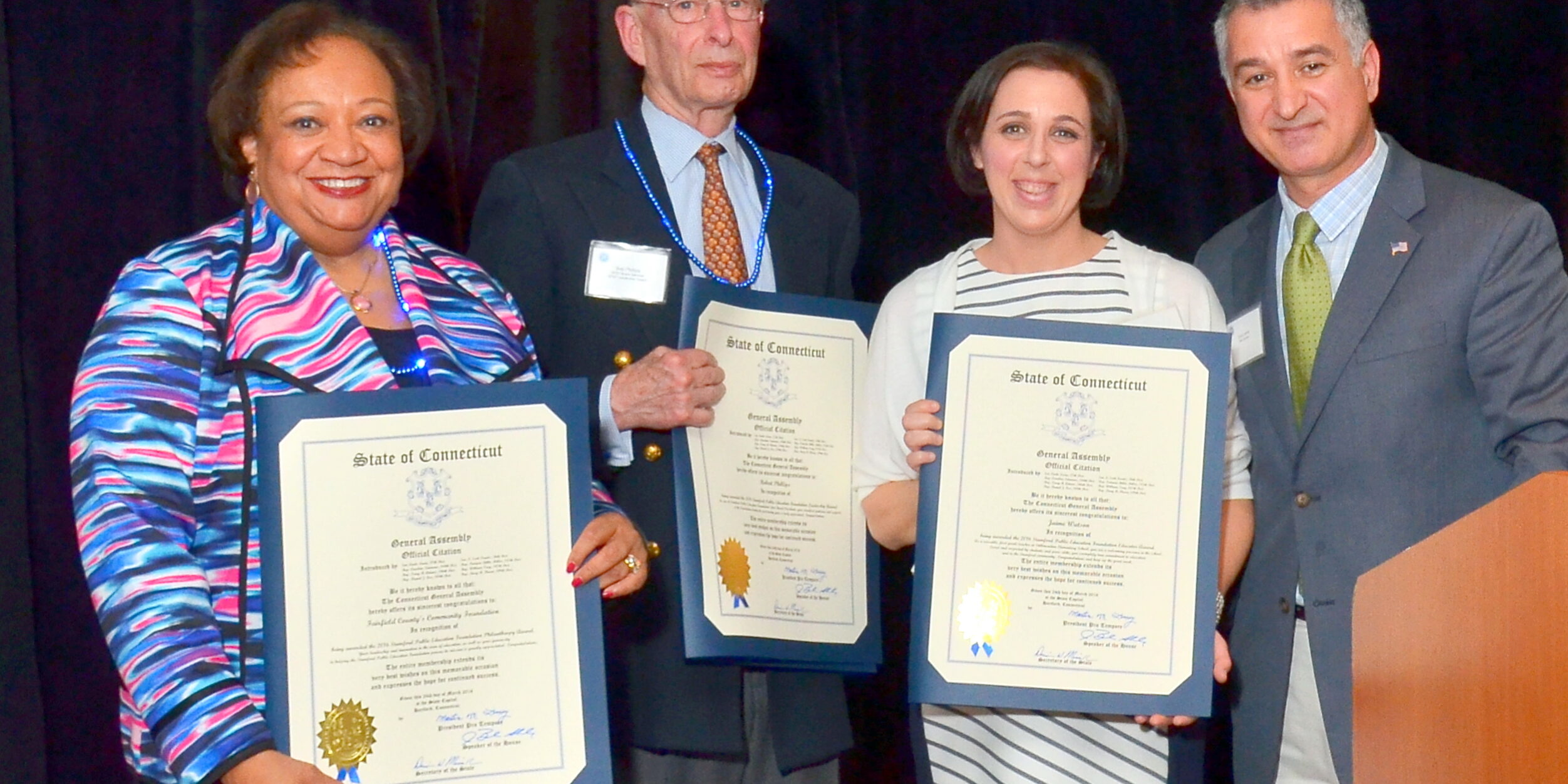 STAMFORD, CT – March 30, 2016 – Over 180 community members gathered at The Sheraton Stamford Hotel on Thursday, March 24th to join the Stamford Public Education Foundation as it recognized businesses and community leaders for their commitment and service to education in Stamford. This year’s Excellence in Education Awards honored:

At the event, Jaime Watson, 1st Grade teacher at Stillmeadow Elementary School was announced as the winner of the SPEF Educator Award for her dedication to enriching the lives of students and creating an exceptional learning environment for Stamford students. In addition to the award she also received a $1,000 classroom donation.

The evening began with a networking and cocktail reception featuring music from Stamford Young Artists Philharmonic as well as craft beer tastings from Half-Full and Two Roads breweries and wine tastings. The Awards Program started with a brief musical performance by 20 students from Project Music and the national anthem performed by Shayla Hernandez of Stamford-based Pop Music Academy, with Arda Ocal, SPEF mentor and WWE Broadcaster, as Master of Ceremonies. Presentations were delivered by SPEF Chief Executive Officer Matthew Quinones, SPEF Board Co-President Barbara Aronica-Buck, State Senator Carlo Leone, and Mayor David Martin. The most touching and inspirational moment of the evening was the arrival of one of SPEF’s Tutoring pairs to the stage. Stamford High School student William Martinez and his tutor Stephanie Marinello shared how meaningful and life-changing it is to be part of SPEF’s Tutoring Program.